Our editorial team consists of extensive expertise and knowledge within the field of political science and more largely in social sciences. 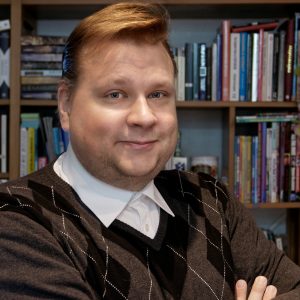 D.Soc.Sc. Mikko Poutanen is a postdoctoral researcher in projects funded by the Kone Foundation and the Academy of Finland at Tampere University relating to higher education policy. Before returning to write his PhD in political science at the University of Tampere, Poutanen worked 2006–2012 at the Nokia Corporation. He defended his prize-winning PhD dissertation in April 2018. His thesis dealt with the homogenization of socio-political and economic argumentation in 21st century Finland. Poutanen specializes in political communication and political economy, currently in the context of higher education. Poutanen has acted as the editor-in-chief of Politiikasta since January 2019. He is also is an editor for Politiikka for 2019-2020. 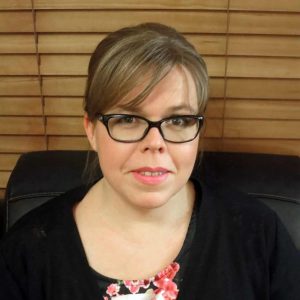 D.Soc.Sc. Leena Malkki is a lecturer at the Network for European studies at the University of Helsinki. She has extensive experience in research in terrorism and political violence in the Western countries. She has also analyzed school shootings. 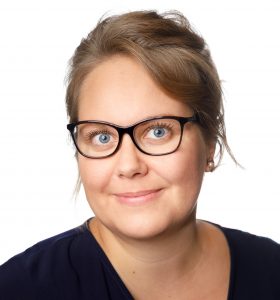 PhD Johanna Peltoniemi is a Postdoctoral Researcher at the Faculty of Social Sciences in the University of Helsinki, and a board member of the Finnish Political Science Association. She is the chairperson of FinnVote research consortium, a member of the Finnish National Election Studies research consortium and a migration fellow from the Finnish Institute of Migration. Her research interests focus on transnationalism, emigrant voting behaviour and cross-border political representation. 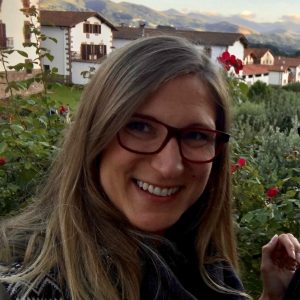 MSc Iida-Maria Tammi is a Doctoral Researcher at the University of Helsinki, Department of Political and Economic Studies. Her research deals with humanitarianism and aid worker security in the ongoing Syrian conflict.  Iida has previously worked with foreign and security policy related issues at the Ministry for Foreign Affairs of Finland and at the UN Office for Disarmament Affairs (UNODA) field office in Peru. During 2019-2022, she was the Curator for Politiikasta art-series. 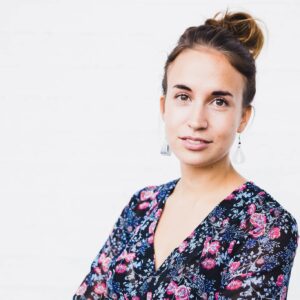 Jenna Vehviläinen is the managing editor of Politiikasta and a freelance journalist and writer. Jenna has completed a Master of Social Sciences degree at Tampere University. In her studies she specialised in communication and journalism as well as in peace and conflict research. Jenna has prior work experience from Helsingin Sanomat and Yle, among others. She has also worked as an information officer at the Finnish Refugee Council in Uganda, as a subeditor at The Ulkopolitist, and as the managing editor of the feminist magazine Tulva. Jenna is currently based in her second home country, Italy, from where she reports for international and Finnish media, such as Yle. In particular, she enjoys writing long texts and doing investigative journalism. 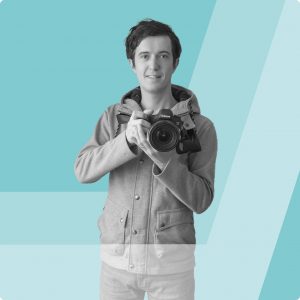 M.Sc. Gennady Kurushin is a freelance web designer with extensive experience in graphic design and digital marketing. Kurushin supports the popularization of science and is inspired by team work and opportunities to realize creative ideas. 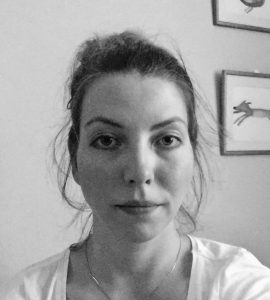 D.Soc.Sc. Talvikki Ahonen is a postdoctoral researcher at the School of Theology at the University of Eastern Finland. In her doctoral dissertation (2019) Ahonen studied Finnish church asylum movement. Her current research interests focus on intersections of religion and politics. 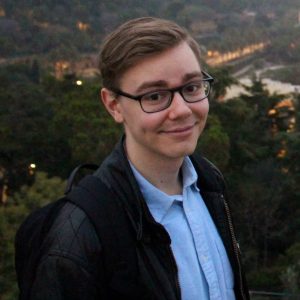 MSc Joonas Aitonurmi has studied political science in University of Helsinki. Currently he works as a specialist in public sector. Aitonurmi is pleased to embrace the task of popularizing science as a journalist. In his master thesis, he studied political representation of employer organisations and Finnish forest industry. 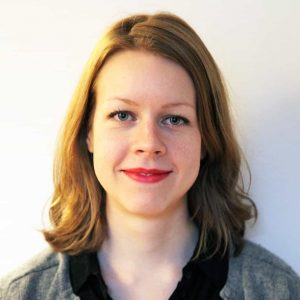 Emma Hakala, Doctor of Social Sciences, works as a researcher at BIOS Research Unit and is a Visiting Senior Fellow at the Finnish Institute of International Affairs. Her doctoral dissertation in political history examined the concept of environmental security and the role of international organisations in promoting it in the post-conflict Western Balkans. Hakala’s research interests include environmental and climate security as well as sustainable development. 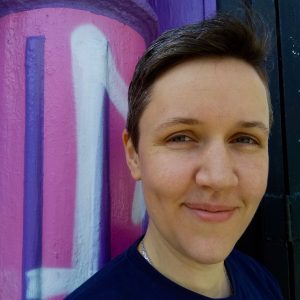 PhD Julian Honkasalo works as an Academy of Finland researcher at the University of Helsinki in gender studies. Honkasalo got her PhD under gender studies from the University of Helsinki in 2016 and earned her second PhD in political sciences in the spring of 2018 from The New School for Social Research in New York. Her primary research interests lie in the historical structures of power related to race and gender, biopolitics, the political thought of Hannah Arendtin and non-violent resistance. 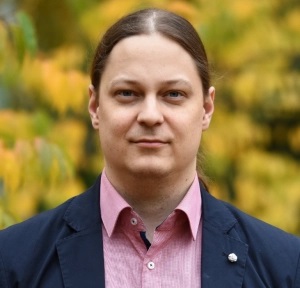 DSocSci Ari-Elmeri Hyvönen is a post-doctoral researcher at the University of Jyväskylä. His research interests include political theory, security, and the role of facts in politics. He has previously worked in the University of Tampere, in a research project focused on resilience, funded by the Finnish Government’s analysis, assessment and research activities. He has been a visiting fellow at the University of Verona and Bard College. His publications have addressed post-truth politics, the political thought of Hannah Arendt, and higher education policy, among other issues. 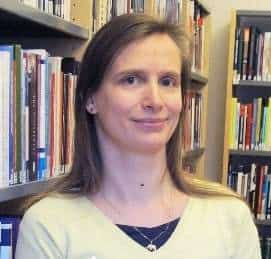 D.Soc.Sc Sigrid Kaasik-Krogerus is a university lecturer at the University of Helsinki. Previously she worked as a postdoc researcher at the University of Jyväskylä, in the project called EUROHERIT. The project analysed how the European Union creates a European cultural heritage and how it is utilized in the construction of identities. In addition, Kaasik-Krogerus is interested in media, identities, the EU, Eastern Europe and Estonia. 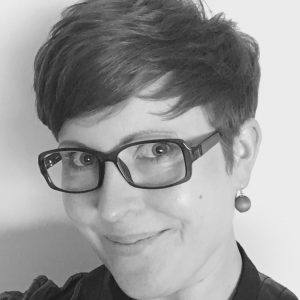 Doc.Soc.Sci Jenni Karimäki is a university researcher at the University of Helsinki. Karimäki has specialised in political ideologies, parties and history of ideas and mentalities and in her doctoral dissertation she studied Finnish liberalism and political culture in the 1920s and 1930s. In her postdoctoral research she has been studying the green movement. 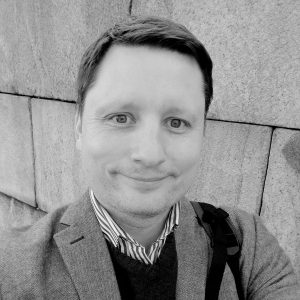 M.Pol.Sc Daniel Kawecki is a doctoral student in Political Science at the University of Helsinki and works as a researcher at the Society for Swedish Literature in Finland (SLS). His research is concerned with political polarization in the Finnish and Nordic contexts and focuses especially on affective polarization between supporters of different parties. In addition, he is broadly interested in voter behaviour and democratic theory. 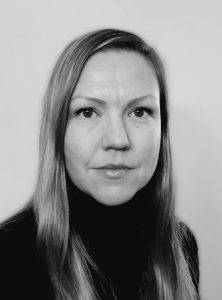 D.Sc.Econ., M.Sc.Soc.Sci. Maarit Laihonen studied decision making on nuclear power in her doctoral thesis (2016), and since has concentrated on politics of forests and bioeconomy from the perspective of justice, and on politics of unorthodox organizing in a context of an environmental protest. She has also authored on academic work, especially from feminist perspective. 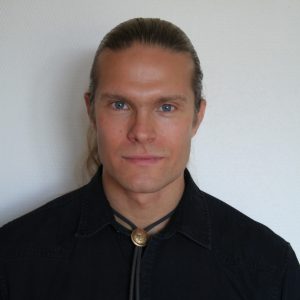 Johannes Lehtinen (MSSc) is a PhD Researcher at the Faculty of Management and Business in The University of Tampere. His PhD thesis focuses on citizen and civil society participation in EU policy making and democratic legitimacy of European integration. His other research interests include European integration dynamics, political participation and the economic-, climate- and asylum policies of the EU. 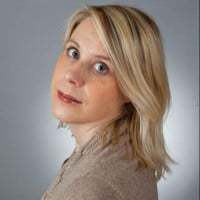 M.Soc.Sc, MA Laura Parkkinen is a free journalist and researcher, specializing in France and populism. Parkkinen worked as a university teacher at the Universite de Sorbonnessa in 2018-2020. Her dissertation deals with the language of populism. 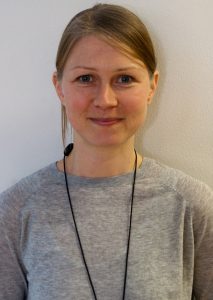 Dr Sanna Salo is an Academy of Finland postdoctoral fellow at the Finnish Institute for International Affairs (FIIA).  Salo got her PhD in 2017 from the European University Institute in Florence, Italy. Her dissertation studied the political ideas behind the prevalence of austerity policies in Eurozone crisis. In 2017-2019, Salo worked as a postdoctoral researcher at Stockholm University, in a project that studied the responses of Nordic Social Democratic parties and labour unions to the rise of the radical right-wing parties, and their competition over working-class voters. In 2019-2022 Salo continued to  study the contemporary changes in Western European party systems at the Center for European Studies, University of Helsinki. In her next project at FIIA , Salo plans to study how European center-right conservative parties have responded to the challenge posed by the growth of not only the populist radical right, but also the Greens. 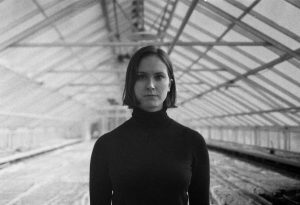 MSocSc Anna Sofia Suoranta is a doctoral researcher at Tampere University in the field of peace and conflict research. In her PhD she studies the everyday peace of youth in Finnish and Swedish cities. 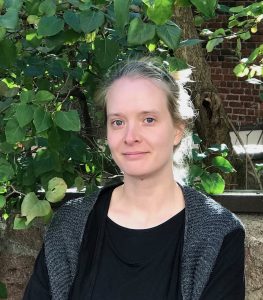 Kersti Tainio is an art historian and doctoral researcher at the University of Helsinki (Doctoral programme in history and cultural heritage). She studies artworks and cultural objects that came to Finland as a consequence of Russian revolutions and ended up in museum collections. She is interested in how material objects convey political history and how art and memory politics are intertwined. Kersti is the curator of the Politiikasta taidetta series together with Taneli Viitahuhta. 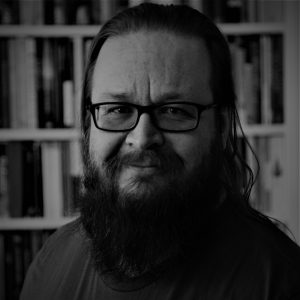 Timo Uotinen (PhD MA FM) is a researcher in literature and philosophy who specializes in Shakespeare’s plays and their afterlife in our modern world. He also explores, through the philosophy of Francis Bacon, Shakespeare’s contemporary, how the mind influences individual and communal action and how art in its various forms helps to understand political and ethical action. Timo is also interested in how social media can act as a mediator of researched information. 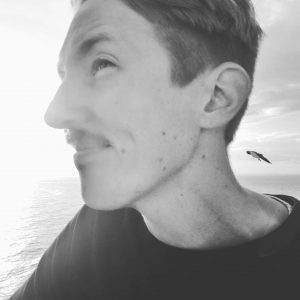 Taneli Viitahuhta (MA, doctoral student) is a writer, translator and involved with music. He is currently completing his doctoral thesis on Theodor Adorno’s critique of jazz at the University of Jyväskylä. He has translated Walter Benjamin (Keskuspuisto, Tutkijaliitto 2014) and written on the politicized aesthetics of the Cold War (Free Jazz Communism, Rab-Rab Press 2019). As a saxophonist he performs with such groups as Pug Life and Preerioiden pääelinkeino. Taneli is curator of the Politiikasta taidetta series together with Kersti Tainio.