Scotland has voted by a 10.6-point margin to stay part of the United Kingdom. David Arter analyses the campaign and results.

Election morning September 18 and a dense haar – a word derived from the Old Norse meaning ‘sea mist’ – has enveloped coastal Aberdeenshire, reducing visibility to barely fifty metres. I wonder whether this might be a metaphor for the mist and murk surrounding much of the Scottish independence debate. Anyway, I have until 10pm this evening to go down to the village hall in Kinneff and cast a vote for what the Scottish National Party (SNP) leader Alex Salmond tells me is “our opportunity of a lifetime”. But which way to vote?

The pro-Union Better Together Campaign had been frankly dismal, descending at times to the level of the sulky playground child: ‘I am not playing with you; you are not going to be part of a currency union with rUK – the remainder of the United Kingdom. This was the message Alistair Darling, the leader of the Better Together campaign, intoned endlessly, pressing Salmond for details of his ‘Plan B’ on the currency question. Then there were the excruciating ‘celebrity endorsements’ – David Beckham and Mick Jagger want Scotland to remain in the Union. There was the desperate, last-ditch ‘vow’ from the leaders of the three main pro-Union parties – the Conservatives, Labour and Liberal Democrats – to devolve greater powers to the Scottish Parliament, that is the very so-called ‘devo-max’ (maximum devolution) option that the British prime minister, David Cameron, had contrived to keep off the ballot paper against Salmond’s wishes. Until a late intervention from the former Chancellor of the Exchequer and Labour prime minister, Gordon Brown, which infused some life and clarity into it, the Better Together campaign was pedestrian, prosaic, patronising and altogether negative.

Meanwhile, Alex Salmond and his deputy First Minister, Nicola Sturgeon, were employing classical populist tactics to try and hijack the Scottish nation and make up the Yes side’s longstanding deficit in the opinion polls. The contest was framed as ‘Us’ (the people) against ‘Them’ (the elite); Team Scotland against Team Westminster; the people against the power-holders; Scottish democracy against dictatorship from ‘down South’. It was essentially a visceral appeal, designed to exploit and mobilise a psyche of inferiority and historic grievance. This was a politics predicated on the old joke that ‘the Scots are the most balanced people on earth –they have a chip on both shoulders’! Indeed, the final days of the campaign resembled a needle football [the national game] match with pro-independence ‘fans’ waving Team Scotland Saltires and there was even the regular hooligan element in the crowd. This was tribalism of the worst kind.

The inveterate populism of the SNP was captured in an ‘open letter to the nation’ [ostensibly] written by Alex Salmond, which appeared in the press the day before the referendum vote. It read: “Making Scotland the nation it can be will require maturity, wisdom, engagement and energy. It will not come from the usual sources of parties and politicians but from you, the people who have transformed this moment from another political debate into a wonderful celebration of people power”. It had a Veikko-Vennamo-style resonance ‘kyllä kansa tietää’ – the people/the nation know what’s at stake and will do the right thing.

The haar was still dense at 6pm when I decided to go and vote. Was I still ‘swithering’? – a  Scots’ word meaning wavering. The dismal Better Together campaign did not in itself make the case for a ‘Yes vote’ but nor was I inclined to be led by the nose by panacea-peddling populism and talk of a brave, new Scotland. True, the SNP had learned one of the main lessons of Barack Obama’s 2008 election victory, namely the need to create a diverse grassroots movement. What came to be referred to as ‘civic nationalism’ embraced Asians for Independence, Africans for Independence, Women for Independence, Cabbies (taxi-drivers) for Independence, English Scots for Independence and the National Collective whilst the Greens, a party represented in the Scottish Parliament, also favoured independence. There was even a ‘Dogs for Yes’ website. All these groups canvassed for a fair, just, equal Scotland and for two years and more a group called ‘Common Weal’ had pictured an independent Scotland as a Nordic-style social democracy. There were progressive choices available.

When I returned from Tampere in early summer (a misnomer in Scotland), I was determined to have an open mind. A ‘boozy’ evening with ‘Nats’ reminded me how hated a figure Mrs Thatcher – my mother’s heroine – remained in nationalist circles. But I tried to keep an open mind, albeit mindful of how easy it would be to discredit Westminster politics. Yet it seemed to me clear from an early stage that those voting for independence would get not an independent Scotland but an interdependent Scotland. There would be the Queen as (the symbolic) head of state; the currency union advocated by the SNP would leave monetary policy in the hands of a ‘foreign state’ (rUk) since the Bank of England would fix interest rates etc; and an independent Scotland intended for apply for EU membership. So where was the ‘value-added’ in independence, and what did independence really mean?

Far more interesting than the pronouncements from the top have been the ‘Letters’ pages in the Scottish newspapers. On the ‘Yes side’, Andy MacLennan (Press and Journal (PJ) 6/9/2014) was not untypical: “Vote No and you will leave future Scots the legacy of many, many years of Tory [Conservative] rule by Cameron and his successors, of policies designed to keep power, wealth and influence firmly locked in the south-east corner of England”. In a similar vein, George MacRae (PJ 10/9/2014) wrote simply: “A No vote means continuation of Tory governments and destruction to our country”. In contrast, on the No side, Richard Johnson (PJ 10/9/2014) held that: “To remove Scotland from the UK because the Tories sometimes get into power in Westminster would be like moving house because the curtains are dirty”. Closest to my line of reasoning, however, was Richard Marsh (PJ 12/9/2014) who insisted that “in the event of a majority for independence, there is one thing the Yes voters can be certain they will not get and that is independence”. He added that in Scotland “one law in 20 comes from Westminster; two laws in 20 from Holyrood and 17 in 20 from the EU. This is not independence for Scotland”.

A long night resulted in a decisive 55-45% pro-Union majority – 60% in Aberdeenshire – and woolly pledges from Cameron of ‘change all round’. My immediate reaction to events is threefold. First, the independence referendum result represented a failure of the SNP’s attempt to hijack Scotland by promoting a spurious nation-state divide. Outside the sports’ arena Team Scotland is a fiction; the reality is of a Scotland that is a mix of class, religious and regionalist loyalties confronting the complex challenges of the post-modern, globalised world. Equally, the Yes majority in the likes of Glasgow and Dundee pointed up the way the SNP, a populist entrepreneur party – in the manner of the True Finns and Sweden Democrats – has moved into the space vacated by the steady decline of social democracy. It is worthy of comparative study. Finally, a turnout of 84.5% – around Swedish levels – was astronomical by British and Finnish standards and there has been much talk of the ‘empowerment’ and ‘engagement’ of ordinary people and the referendum’s socialisation value, especially for the 16–17 year-old first-time voters. I am, however, less convinced politics will retain its ‘fan base’ as the established parties take us into the 2015 UK general election and 2016 Scottish Parliament election. 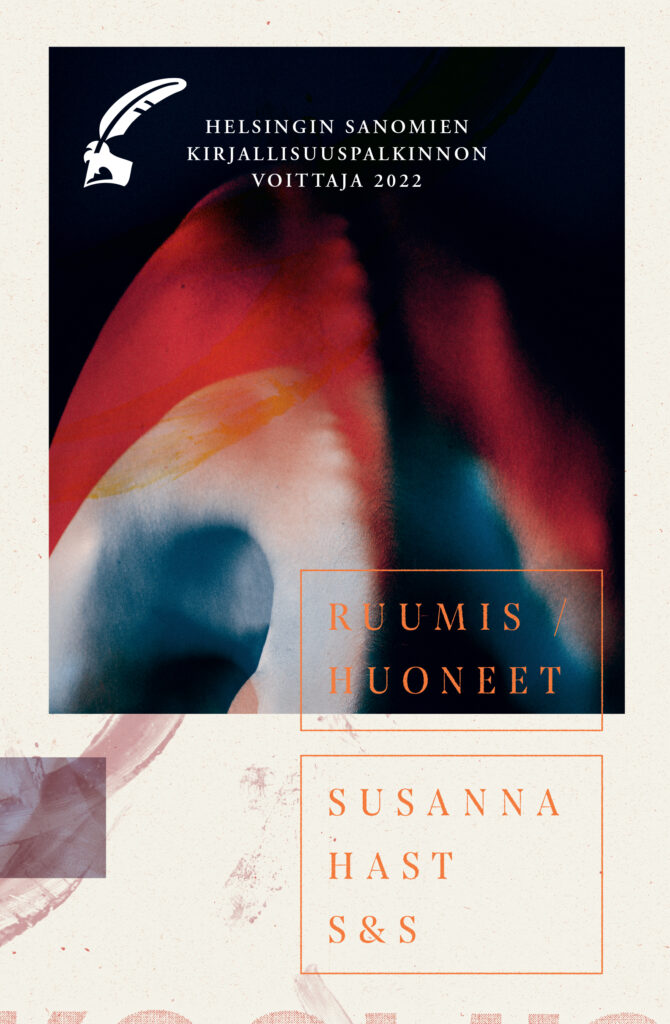 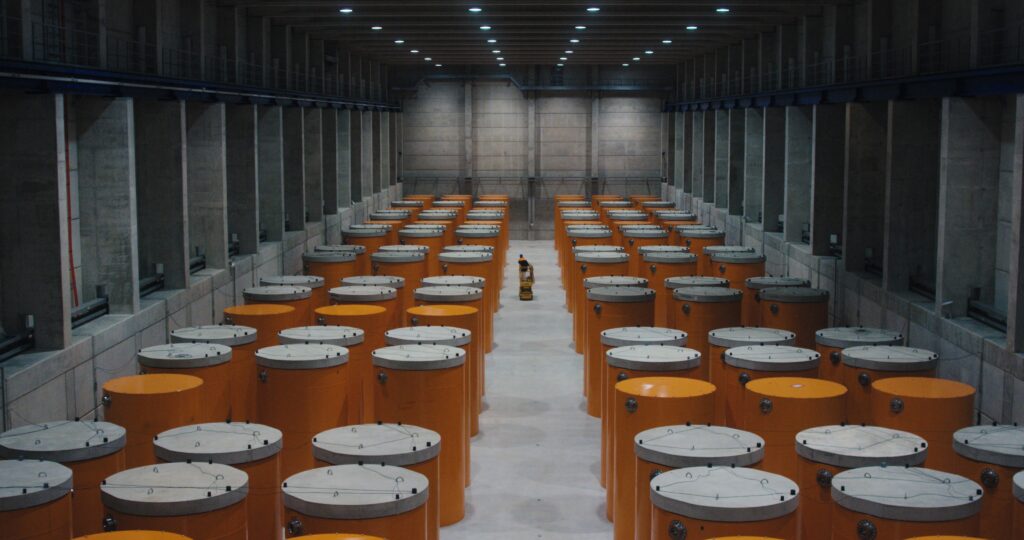